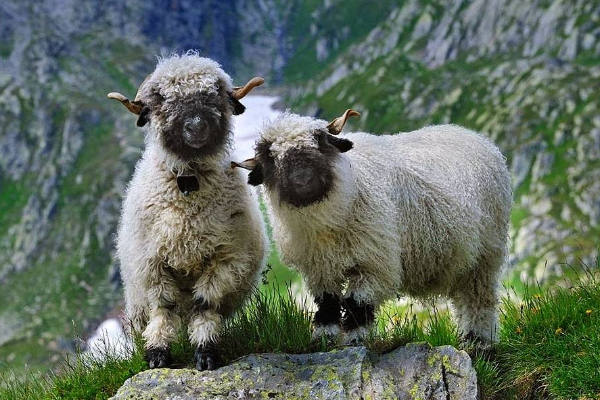 Sub-acute fasciolosis occurs in the late autumn and early winter but in these cases the disease is not so rapidly fatal and the affected sheep may show clinical signs for one or two weeks prior to death.

Large numbers of flukes are again present in an infected liver but the numbers are somewhat reduced from those found in cases of acute fluke though the parasites have developed further and a substantial proportion of the fluke population is now present as adults in the major bile ducts. This form of the disease may develop where the sheep have ingested large numbers of metacercanae over a longer period or the number ingested at any one time has not been sufficient to cause the acute form of the disease.

Affected sheep lose condition rapidly, become markedly anaemic with obvious pallor of their mucous membranes and may have a palpably enlarged liver and resent abdominal palpation. Submandibular oedema and abdominal fluid may be present in some cases.

Diarrhoea is not a feature. F. hepatica eggs are present in the faeces. The number of flukes recovered at post-mortem examination vanes between 500-1,500 and usually about half the population have developed into adult flukes. This type of fasciolosis usually occurs 12-20 weeks after ingestion of large numbers of metacercariae.

This is based on clinical signs, faecal egg counts, and a good post-mortem. Again a history of grazing infected pasture some months previously may be obtained.

Triclabendazole is again the drug of choice but nitzoxynil and closantel are also effective.