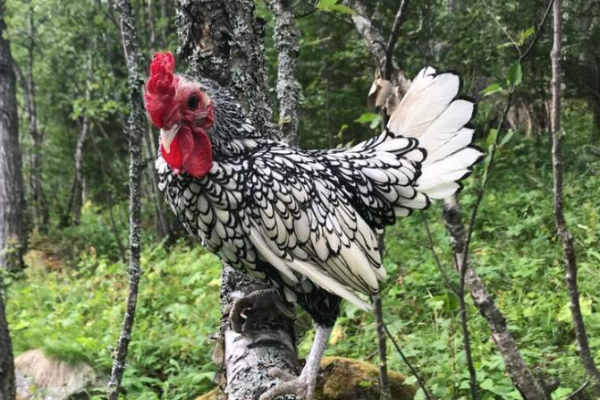 Sebright is a genuine bantam and one of the oldest British varieties. It has no counterpart in large breeds. There are two colours, gold and silver.

In Great Britain, the Sebright is only standardised in Gold and Silver, but in the Netherlands an intermediate colour sported from the Golds in the middle of the 20th century; these are the Lemon Sebrights. The colour of these birds is lemon yellow with fine black lacing around each feather.

Sebrights are docile, diligent bantams. The hens lay well, and only sometimes get broody. Contrary to usual behaviour, Sebright females put together without a rooster will often fight each other, but males can easily be kept together. Although the roosters are hen feathered, they do have spurs and defend their hens as any cock will.

Yet they are known as a difficult breed to propagate, a belief borne out by the legendary saying: 100 eggs, 50 fertilized, 25 chicks, then you are lucky! Sometimes things get really bad, there are cocks that do not fertilize for example and you should keep a close eye on such things. Moreover, the Sebright is apparently very sensitive to Marek's disease, but if they are vaccinated against this, the losses are almost nil.

This British breed was developed by Sir John Sanders Sebright in the early 1800s. It originates from a cross between a bantam and a Poland. In 1952 the breed became established into the standard that is recognised today.

What are the Characteristics of Sebright Chicken Breed? 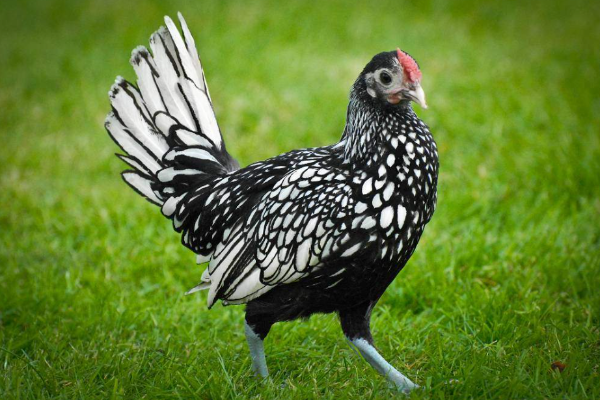 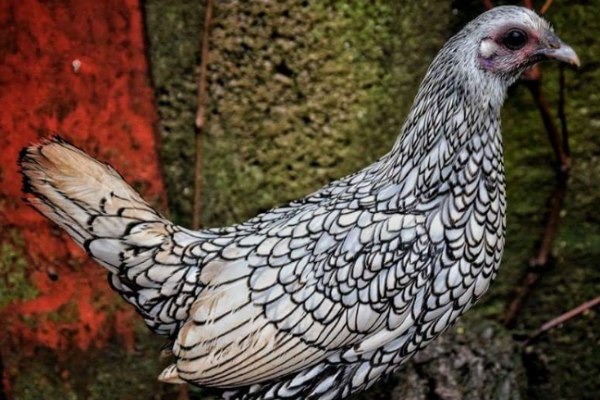 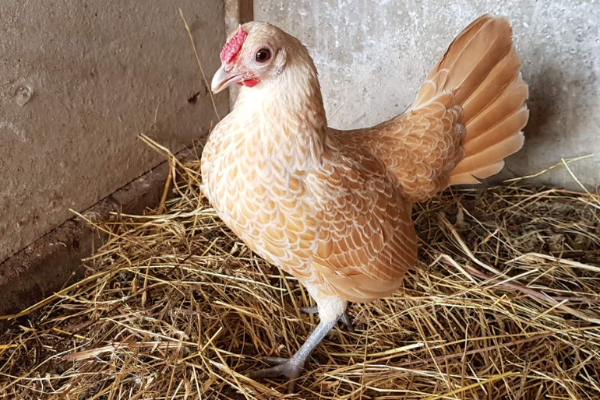 Sebright is not easy to keep. To produce a bird with the correct markings, ground colour, body and head shape is very difficult. Sebright can often prove rather neurotic, squawking at random opportunities. Because the breed is hen-feathered, there can be fertility problems. The best males exhibit no sickle feathers at all; their tails look just like those of the females. The gene for the rose comb is also known to decrease fertility.

Sebrights are neither outstanding meat birds nor prolific egg layers, hens lay tiny 60 – 80 creamy white eggs per year. Introducing new hens to a breeding pen can be very troublesome, as existing hens, in particular, can take strong exception to the arrival of any new female and will behave very aggressively towards her. For this reason, the breed is often best run in pairs.

Chicks can also prove rather quarrelsome amongst themselves. They can prove to be particularly difficult to raise, especially for beginners. Hens rarely go broody and chicks usually have high mortality rates. 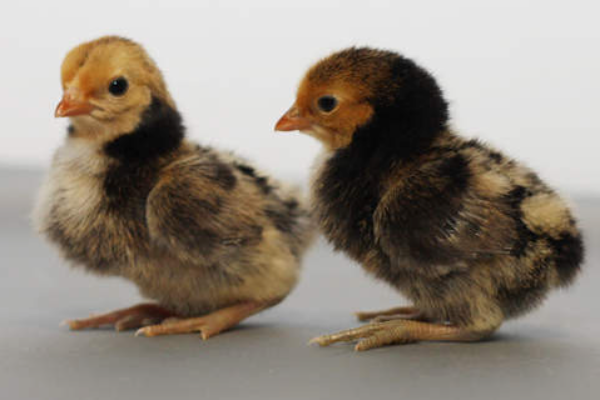 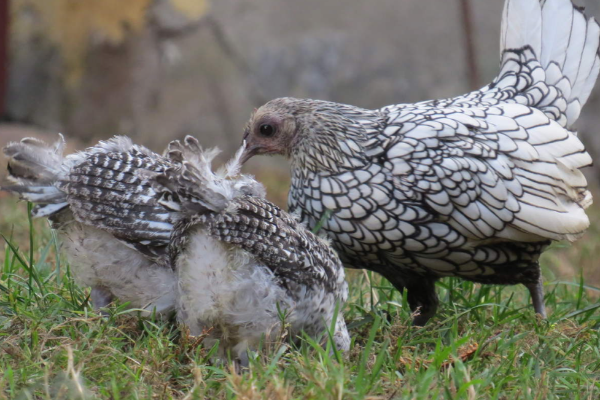 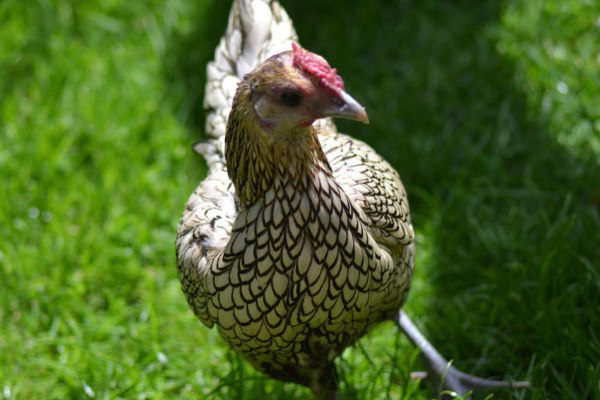 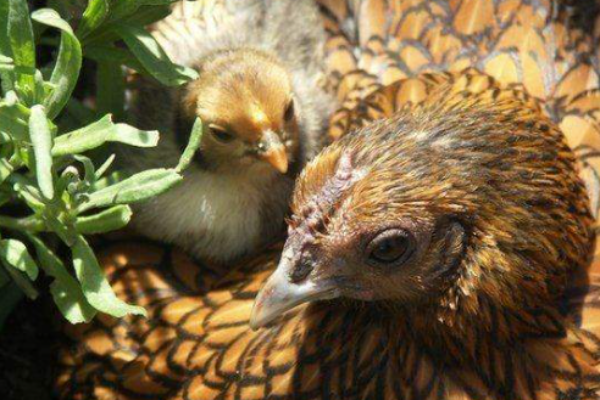 Adults are generally hardy, but are especially susceptible to Marek's disease, which can cause paralysis.

Plumage: Short and tight, feathers not too wide but never pointed. (Almond-shaped feather is desirable)

Female: The general characteristics are similar to those of the male, allowing for the natural sexual differences. Her neck is upright.

In both sexes and colours: Beak dark horn in golds; dark blue or horn in silvers. Eyes black, or as dark as possible. Comb, face, wattles and ear-lobes mulberry or deep red. Legs and feet slate-blue. Although in males the mulberry face is seldom obtainable, the eye should be dark and surrounded with a dark cere.

The Gold - Male and female plumage: Uniform golden-bay with glossy green-black lacing and dark undercolour. Each feather evenly and sharply laced all round its edge with a narrow margin of black. Shaftiness is undesirable. 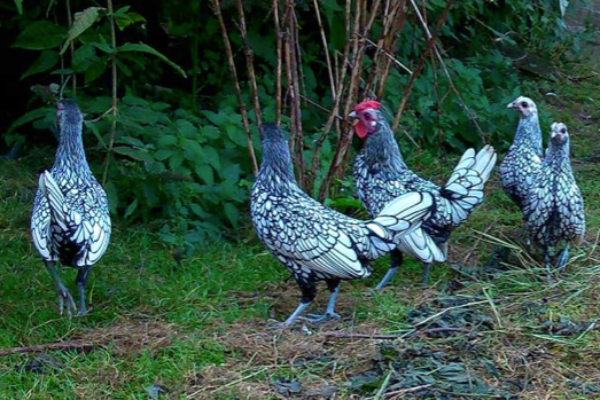 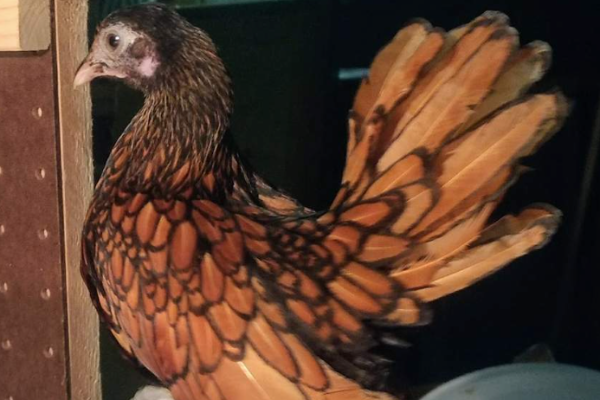