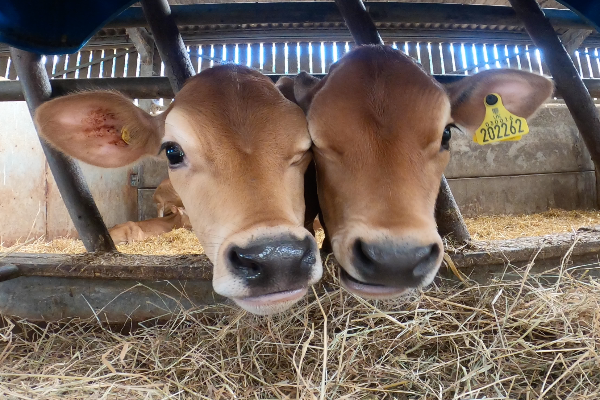 A cow can live for around 20 years but in commercial systems she will be culled at 6 years old, on average . She can give birth from 2-3 years old. Dairy cows have a hierarchical social structure and communicate by touch, smell, vocalisations and body language. It is thought that cows can identify 50-70 different cows .
Cows kept on natural pastures with different types of vegetation will vary their feeding behaviour and browse on twigs from deciduous trees. Cattle are highly motivated to look for food and will forage for 6 to 10 hours a day.

They also will lie for long periods in the day which allows them time to ruminate.

What does it Calving mean? 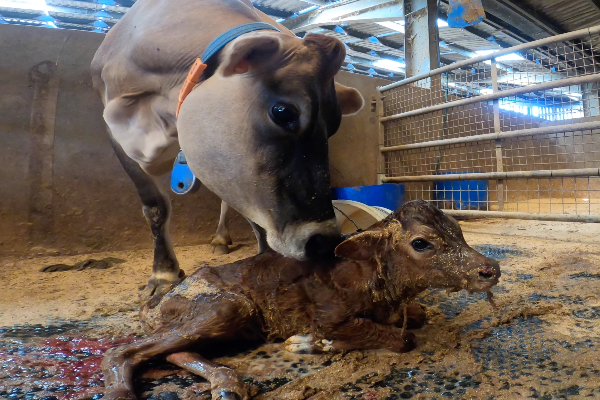 In order for cows to produce milk they need to give birth to a calf. In commercial units, pregnant cows will be separated from the milking herd about 2 months before they are due to give birth (classed as dry cows). When a cow is ready to give birth she will try to find a clean and dry area away from other cows. As long as the calf is in the correct position for birth, the labour should not need any human assistance. The cow will often eat the afterbirth as this would attract predators in the wild.

What does it Calf Rearing mean? 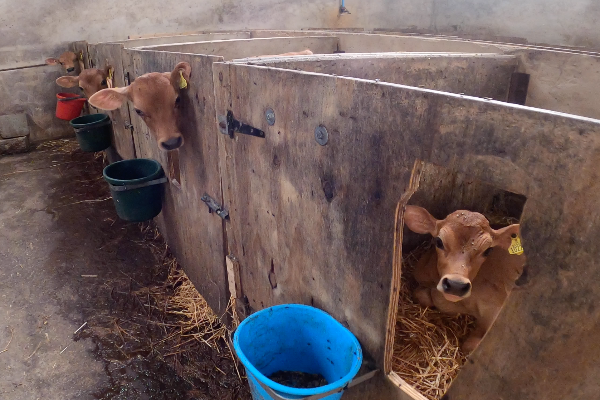 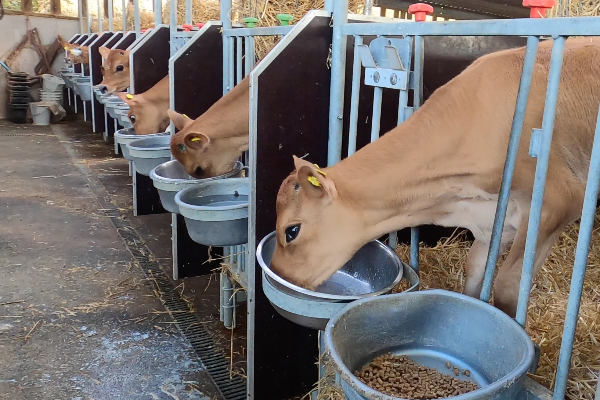 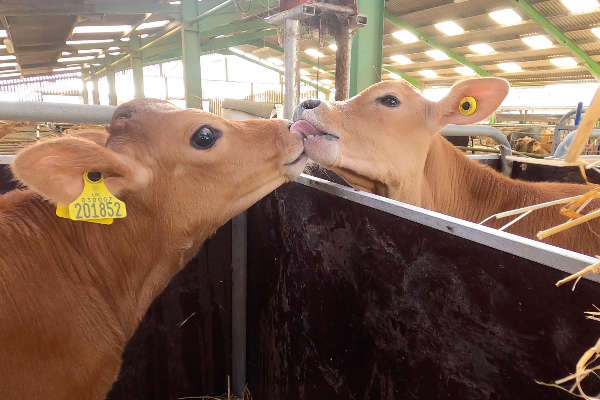 What does it Bobby Calves mean? 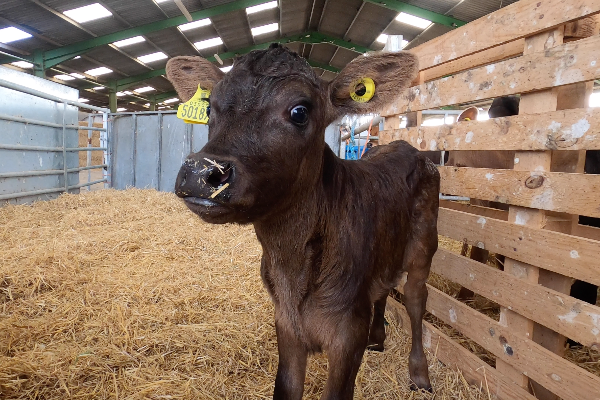 A bobby calf is one that is slaughtered at an early age (from immediately after birth up to about a month old) for consumption.

The age of slaughter for veal varies in different countries but it is normally around 5 to 7 months old, or slightly older in the UK. Calves may be transported to other countries for rearing and this is typically at a young age, normally around 2 weeks old.

What does it Disbudding mean?

Disbudding to reduce injury during fighting or handling by stockmen, calves are disbudded (horn buds removed) so that they are unable to grow horns. This is either done by chemical cauterisation (caustic soda is applied to the horn bud and destroys the cells; this should only be done to calves under 8 days old) or using a hot iron. When disbudding by hot iron, local anaesthetic is required by law in the UK.

What does it Tail Docking mean?

Some farmers dock the tails of calves at about 10 days old based on the disproven belief that it is more hygienic for the cow, and for the farmer during milking. This is done either by hot iron, crushing or tying a rubber band around the tail which stops the blood flow so it eventually falls off.

What does it Castration mean in Cattle?

Male calves may be castrated at any age, depending on the farmer’s preference. UK regulations state that only calves under 8 days old may be castrated by a ring (applied to cut off the blood supply), and this does not require pain relief to be given. Other methods for older calves include surgically or using burdizzos (an instrument that crushes the spermatic cord). An anaesthetic must be used if the calf is aged 2 months or over.

What does it  Weaning  mean?

What does it Heifer mean? 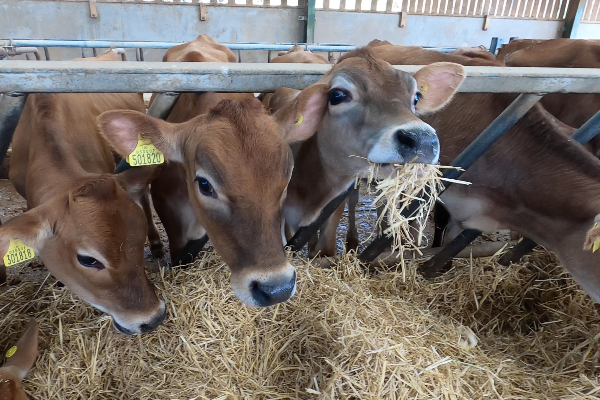 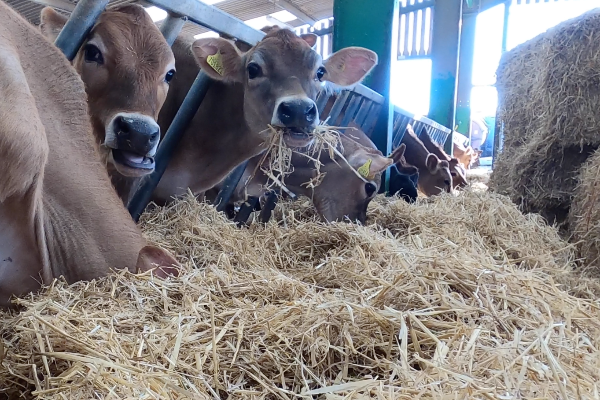 Female cattle that are over 6 months old but have not yet given birth to a calf are called ‘heifers’. At about 8 to 9 months old heifers may be branded for ease of identification, using an iron that has either been heated (hot iron branding) or cooled to below 100°F (freeze branding); these procedures are painful.

The time it takes for a heifer to reach puberty depends on her weight and breed, but will be between 8 and 16 months old. Farmers usually aim for their heifers to become pregnant at around 15 months of age so that they give birth when they are around two years old. Some farmers may aim for a lower puberty age so calving is before 2 years old, as they believe this gives greater production rates. This is achieved by altering their feeding regime to increase their weight, inducing puberty earlier.

What is the meaning of Oestrus Cycles in cattle?

To achieve synchronised calving, cows oestrus cycles (which occur over an 18 to 24 day period) may be synchronised by the farmer. This can be achieved using hormonal implants either in the ear or intra-vaginally, or by giving an injection.

These hormone implants differ from the EU banned hormone ‘Bovine Somatotrophin’ (BST), which is still widely used in the USA and other countries around the world. BST is given to a cow to increase her milk yield but is shown to increase the risk of mastitis and lameness.

How do you know if a cow is  in heat?

When a cow is ‘in heat’ (receptive to mating), she will typically become more active and spend more time licking, sniffing another cow’s vulva and attempting to mount other cows. A cow on heat will mount others regardless of whether they are themselves in heat, but if they stand to be mounted it is likely that they are also in heat.

How do cows get pregnant? 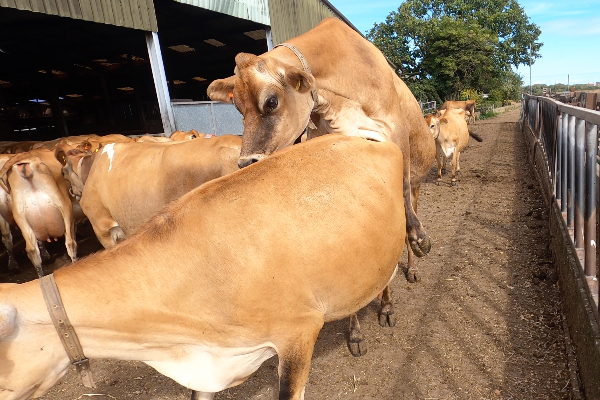 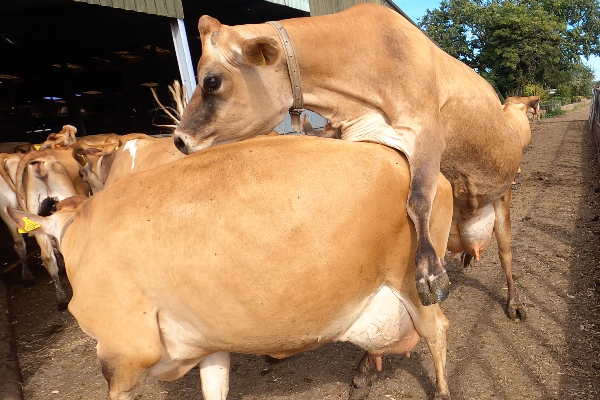 Cows are impregnated either naturally by a bull in the herd, or via artificial insemination (AI) carried out by the farmer. The use of AI is widespread in the dairy industry and this may be because of ease, lack of suitable bull stock, the ability to choose different sires for different cows, or to choose the sex of the calf. For AI to be most successful, farmers sometimes use devices to help alert them to a cow coming into heat. For example, tail paint (if the paint get rubbed off, it suggests the cow has been mounted), pedometers (to detect an increase in activity), Kamar pads (detectors that turn bright red when a cow has been mounted) or a teaser bull (a castrated bull that will mount cows on heat) may be used.

Successful mating is very dependent on good body condition for the cow/heifer at mating. Being underweight can cause unsuccessful mating and an increased risk of calving difficulties, but being overweight can also cause problems. The breed of the sire (father of the calf) affects the ease of calving, as cows that are cross bred with larger breed males may have calves too large to pass through the cow’s pelvis; this is particularly problematic for the heifer during her first calving and may result in a caesarean section.

During pregnancy a heifer is kept in her rearing group. The gestation period for a cow is around 283 days. Her diet needs to be monitored carefully to ensure that she continues to grow while pregnant, as she is not fully grown until about 3 years old.

What does lactation mean in cows? 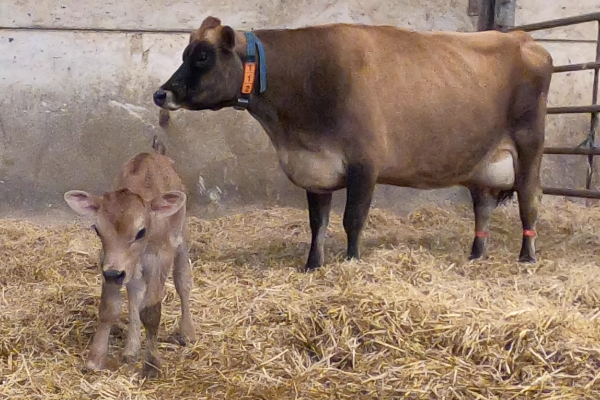 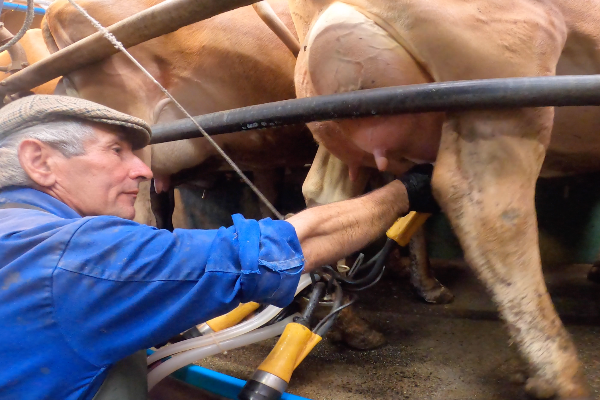 The cow produces milk immediately after, or even just before, giving birth. The farmer may start milking the cow straight away (but feeds the first milk (colostrum) to the calf), or the calf may be left with the mother to suckle for the first few days post calving. The cow will then be milked either once, twice or three times a day, depending on the dairy system. The farmer will often try to get the cow back in calf within 2 months of her giving birth, so that she produces one calf per year. However many farmers do not achieve this and cows often give birth every 400 days or more.

What is the meaning of Cross Breed?

Cross-breed is an animal that is a product of crossing two or more breeds. This is done to get the best facets of several breeds into one animal.