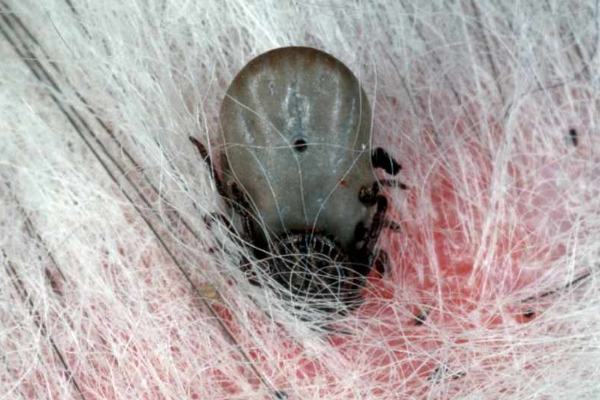 The main species of significance in sheep and cattle is Ixodes ricinus.

A constant high relative humidity such as is provided by rank matted vegetation is necessary for the survival of Ixodes. As this type of vegetation dies yearly it creates a dead matted structure which protects ticks from winter frost and summer desiccation by conserving high relative humidity values. Such a bioclimate is only found in the rough hill and moorland grazing of the Borders, West Scotland, Wales, Ireland and S.W. England but recently there have also been reports of heavy tick populations in East Anglia.. 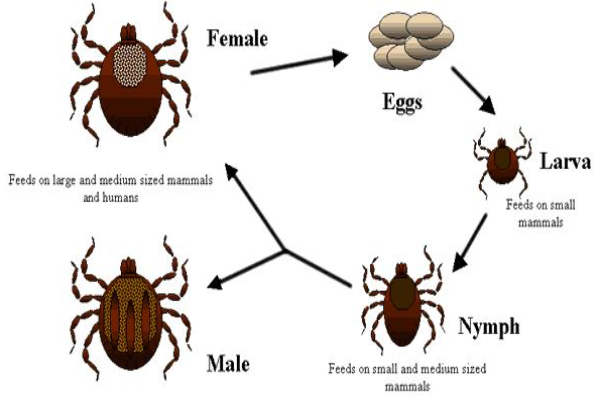 Particularly suitable are areas of heather, tall grasses and fern. The life cycle lasts 3 years and Ixodes is a 3-host tick. The adult female feeds for 14 days and drops to the ground to lay several thousand eggs after which she dies. The larvae which hatch from eggs will feed for about 6 days in the following year; then they drop to the ground and moult to the nymph stage. In the third year this stage feeds, again for about 6 days, drops off and becomes adult. All stages occur in the host simultaneously.

There is a distinct seasonal activity of the tick; this corresponds with the period when ‘questing* ticks can be found on vegetation tips and infection of sheep and cattle occurs. 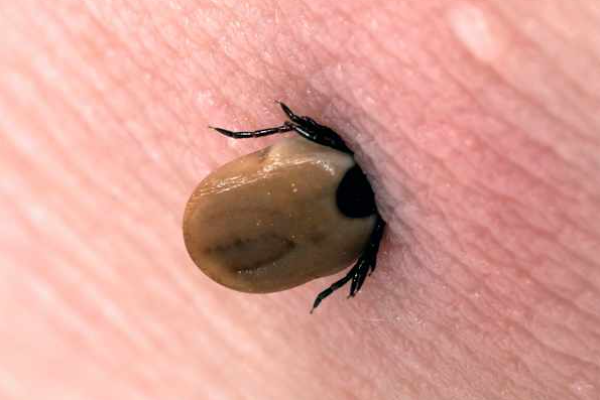 Ticks will only feed once per year and therefore there appear to be two distinct populations of ticks, one active in spring and the other in autumn. In the Borders only spring feeders occur but in other tick areas, e.g. West Scotland, S.W. England, Wales and Ireland, autumn feeders also occur. Although the life-cycle takes 3 years to complete, the larvae and nymphs only feed for approximately 6 days and the adult for 14 days, i.e. a total of 26 days. 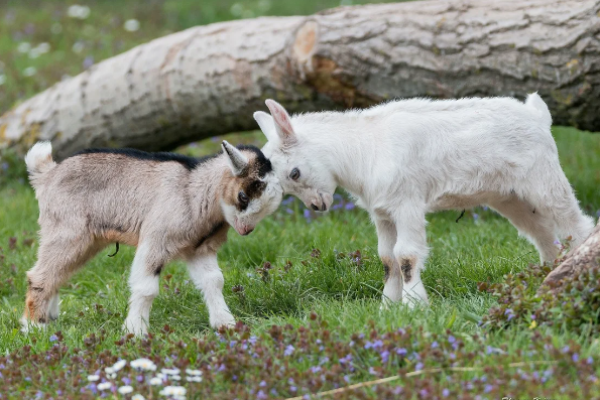 There are three possible approaches to the control of tick populations.

1. Pasture improvement. Ixodes survives particularly well in the bioclimate provided by rank matted vegetation such as abounds in bill or moorland grazing; burning of such areas destroys this protection. Re-seeding will obviously also reduce the area suitable for ticks. Unfortunately such improvement schemes are often limited by financial and topographical difficulties.

2. Resting pasture from sheep and cattle. This has little application because of the wide range of tick hosts.

3. The commonest method is by the application of acaricides to sheep or cattle at the time the ticks are feeding. These are often applied by dipping the animals in a tank or running them through a spray race. Dipping of cattle and sheep for tick control is common in the tropics but only sheep are dipped in Britain.

There are a range of effective acaricidal dips which include organo-phosphorus compounds such as diazinon and propetamphos, the amidine amitraz and the pyrethroid flumethrin. Pryethroid spot-on or pour-on preparations such as cypermethrjn and deltamethrin can also be used.In contrast to summer dipping for the control of blowflies, the merits of spring tick dipping are often questioned. 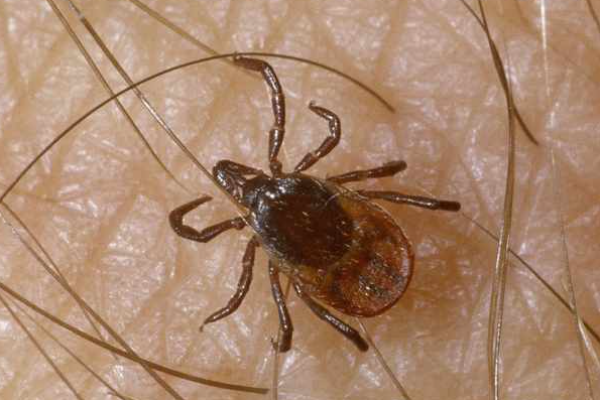 The protagonists claim that in addition to good reduction of tick numbers, keds and lice are also eliminated. The antagonists point out that control is not absolute, the cost is yet another reduction in already narrow profit margins and that mis-mothering of young lambs frequently occurs after dipping: the use of spot on pyrethroids, however, probably reduces the coat and the danger of mis-mothering. Perhaps the fairest evaluation is that while tick control measures reduce the tick populations on sheep, some ticks remain to transmit disease and outbreaks do occur in farms where such control measures are practised; these outbreaks are however of reduced severity.