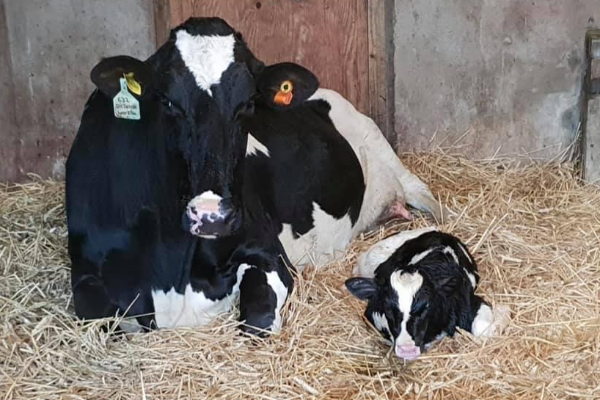 Salmonellosis is a bacterial, zoonotic disease of humans and animals. The condition has different manifestations in infected animals. An acute generalised infection is seldom seen, but causes a severe condition that can be fatal without effective treatment in vulnerable individuals. An acute intestinal infection causes diarrhoea, particularly in young animals.

Calves with Salmonellosis may become septicaemic and die, or may suffer from necrosis of extremities as a sequel, especially the feet, tail and ear tips. Other manifestations can be joint ill or pneumonia. A chronic intestinal infection can be asymptomatic clinically, and often leads to the presence of carrier animals that are not identified as Salmonella infected. Within a herd the spread is often rapid among the calves.

Cattle movement, especially calf trade, also spreads the infection between farms. Salmonella dublin outbreaks often occur when “carrier” animals start excreting the agent after calving or in association with some other type of stress (liver fluke infection, ketosis). An infected dam will usually infect her calf immediately after birth. Heifers infected between 1 year and their first calving and cows infected at calving have been reported to be at higher risk of becoming carriers which suggests that good heifer and periparturient cow management can help reduce disease risk.

Salmonella can be introduced to a herd via a number of routes, particularly by the introduction of infected (usually sub-clinical) animals, or from contaminated feed. Once a herd is infected, contaminated slurry and animal waste can maintain the infection and lead to spread to neighbouring farms, particularly when spray spreaders are used. 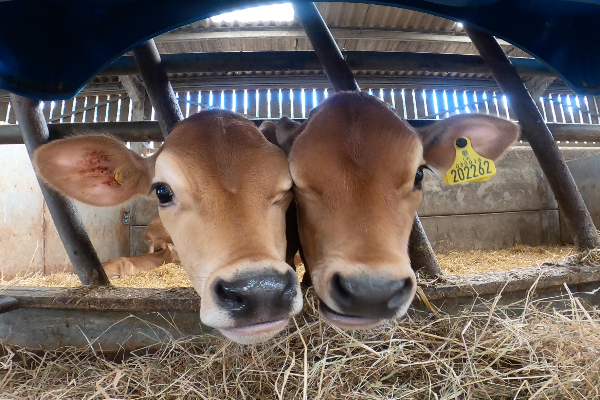 • Calves are dull and depressed and do not suck.

Death occurs in around 75 per cent of affected animals if they are not treated. The subacute form varies from a milder form of the acute disease to infection without obvious disease. Abortion can occur in severely ill animals, but more often it occurs in a cow with no other signs of disease. Abortion due to Salmonella Dublin is the most commonly diagnosed cause of abortion. In calves, Salmonella Dublin is usually seen around two to six weeks old.There is often high morbidity, and mortality may exceed 60%.

S.Dublin can cause infection of joints and the growth plates of long bones or dry gangrene of the extremities (ears, limbs and tail) after the initial septicaemic episode. Infection of the neck vertebrae causing weakness of all four legs leading to recumbency in two to four month-old calves may be another manifestation of S. Dublin infection.

Disease is most commonly associated with the introduction of carrier animals or access to faecal contaminated feed/water supplies. Abortion occurs during 5-8 months of pregnancy, with placental retention followed by poor lactation. Systemic disease is uncommon with S.Dublin but likely with S.typhimurium where abortion can follow septicaemia and enteritis.

The treatment of Salmonella infection in cattle with antibiotics in acute cases is common and may reduce mortalities if initiated early and combined with support therapy. Animals which have received antimicrobial therapy have been reported to be less likely to shed Salmonellae, so this may help reduce cross infection in the cohort.

The use of antibiotics metaphylactically in the face of an outbreak is not recommended, due to the high risk of antimicrobial resistance development. Prophylactic antibiotic administration in feed does not appear to have any effect on excretion of Salmonellae in calves either. Isolation of affected animals, careful avoidance of contamination of any feed with faeces, disinfection of all utensils, tools and protective clothing used, and possible identification of the contamination source are important.

• Source new stock from other farms with high health status and not markets.

• Ensure that milk from ill cows (or cows that have been in contact with such cows) is not fed to calves.

• Protect all feed stores from vermin including birds.

• Only spread slurry on arable land wherever possible. Leave all grazing land at least three weeks after spreading slurry.

• Insist visitors have clean boots and disinfect before entering and leaving the farm premises.

The risk of salmonellosis in people can be reduced by proper hygiene including thorough hand washing before eating and smoking, and regular cleaning and disinfection of waterproof protective clothing after handling livestock. Young children should be carefully supervised when handling animals especially calves where cryptosporidiosis is another potential zoonosis. Vaccines are available, however once Salmonella Dublin has entered a herd, vaccination alone will not control the spread of infection. Good husbandry and hygiene is essential if control is to be achieved.