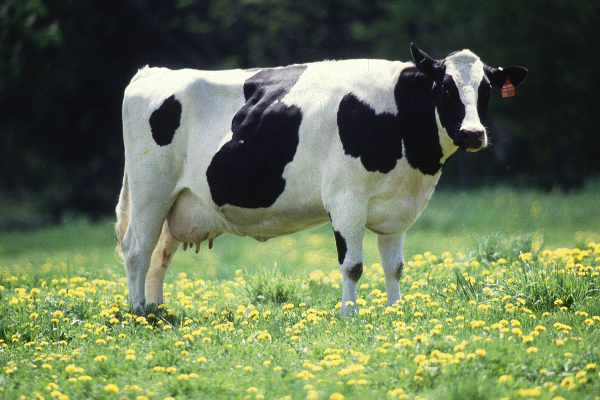 What is the History of Dutch Friesian Cattle ?

Dutch Friesian Cattles (also known as Holstein Friesian in US) are a breed of dairy cattle originating from the Dutch provinces of North Holland and Friesland, and Schleswig-Holstein in Northern Germany. They are known as the world's highest-production dairy animals.

The Dutch and German breeders bred and oversaw the development of the breed with the goal of obtaining animals that could best use grass, the area's most abundant resource. Over the centuries, the result was a high-producing, black-and-white dairy cow. The Dutch Friesian was bred for many years as a dual-purpose, it is now a prime milk-producing breed with milk yields highest in the cows of North Holland with a yield per lactation of 5,222 kg with a fat yield of 4.09%. The Holstein-Friesian is the most widespread cattle breed in the world; it is present in more than 150 countries.

With the growth of the New World, markets began to develop for milk in North America and South America, and dairy breeders turned to the Netherlands for their livestock. After about 8,800 Friesians (black pied Germans) had been imported, disease problems in Europe led to the cessation of exports to markets abroad. In Europe, the breed is used for milk in the north, and meat in the south. 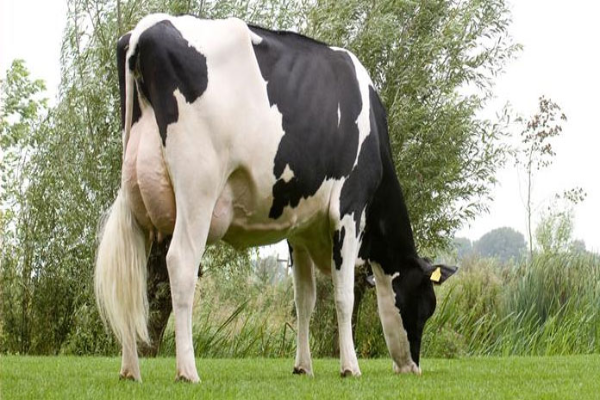 Since 1945, European national development has led to cattle breeding and dairy products becoming increasingly regionalized. More than 80% of dairy production is north of a line joining Bordeaux and Venice, which also has more than 60% of the total cattle. This change led to the need for specialized animals for dairy (and beef) production. The exact origins of the breed are difficult to determine but it is known that in the 18th century, herds of small black-and-white cattle were brought into northern Holland and Friesland from northern Jutland to replace animals that had fallen victim to disease and flooding.

These animals were crossed with the existing Dutch cattle and formed the basis of the Friesian. Before the establishment of the Netherlands herdbook in 1873 and the Friesland herdbook in 1879, both black-pied and red-pied animals were maintained separately. The preference for black-pied cattle, particularly in the United States, led to the further segregation of red-pied animals and presently this colour variation only exists in small number in the Netherlands. Production levels of this breed declined during the 1950's when excessive emphasis was placed on correct colour pattern.

During the 1970's Holsteins were imported from the United States and used to improved the milk production. This resulted in larger animals with a more pronounced dairy characteristics. The mixing of these two breeds is such that now many Friesians are 25% to 75% Holstein. The modern Friesian is pre-eminently a grazing animal, well able to sustain itself over many lactations, on both low lying and upland grassland, being developed by selective breeding over the last 100 years. Some outstanding examples of the breed have 12 to 15 lactations to their credit, emphasising their inherent natural fecundity. In response to demand, protein percentages have been raised across the breed and herd protein levels of 3.4% to 3.5% are not uncommon.

What are the Characteristics of Dutch Friesian Cattle ? 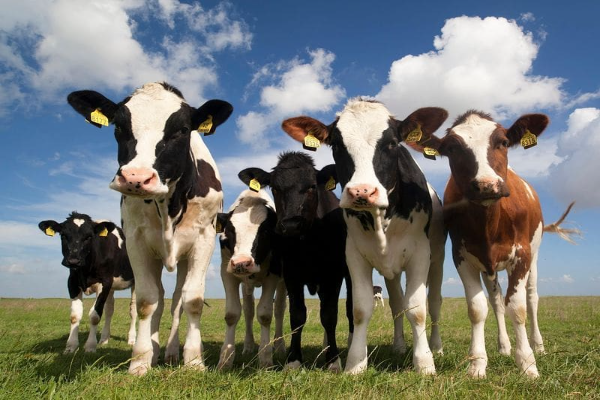 • Holsteins have distinctive markings, usually black and white or red and white in colour, typically exhibiting piebald pattern.On rare occasions, some have both black and red colouring with white. Red factor causes this unique colouring. 'Blue' is also a known colour. This colour is produced by white hairs mixed with the black hairs giving the cow a bluish tint. This colouring is also known as 'blue roan' in some farm circles.

• As the Friesian is mainly a dairy breed, surplus male animals are highly regarded, as they are producers of high quality lean meat, whether crossed with a beef breed or not. Beef cross heifers have long been sought after as the ideal suckler dam replacement.

• The Holstein-Friesian cow produces well in any climate. The cattle is characterized by good durability, high productivity, making it a cost-effective and highly profitable livestock on farms around the world.

• The Holstein Cattle are not fat, have a skinny appearance (dairy type). Also, the Holstein cow has almost no musculation.

• The calves, most commonly heifers, are normal at birth but at 1 to 2 months of age begin to lose condition in spite of good appetites. The skin over most of the body is slightly thickened, scaly, and relatively hairless.

• They have an average shoulder height of 1.47 meters. Healthy newborns can weigh over 40 kg at birth. Heifers reach a suitable breeding age at 13 months, by which time they are 363 kg in weight.

• These cows are good-natured and resistant to stress. They function best in herds, as they are not solitary creatures. Whether stabled year-round or put on a bi-annual grazing schedule, they are comfortable and high-performing regardless of farming system requirements.

• Calves of Holstein breeding are particularly fast growing, mature very early, and are easy to care for. When managed well, they have excellent fertility rates.

What is the Difference Between Dutch Friesian and Jersey Cattles ? 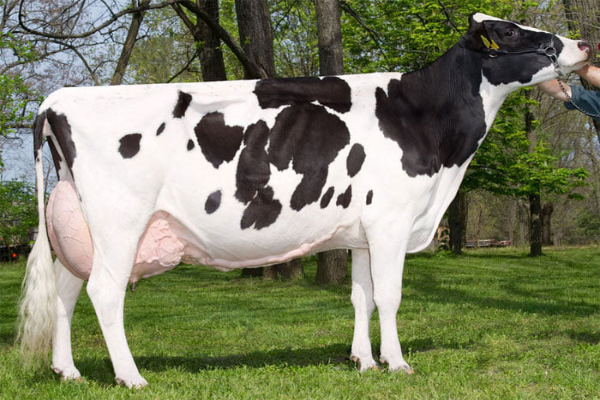 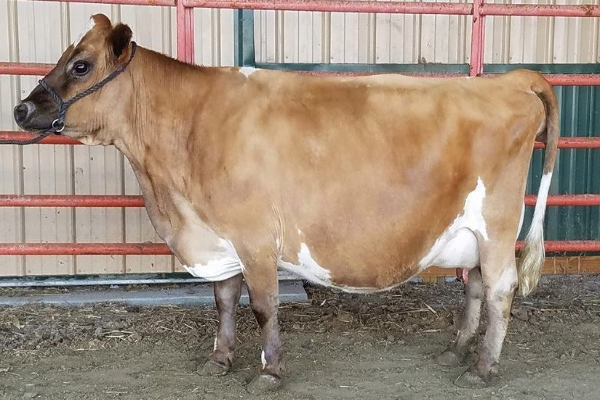 Holsteins are the most valued of the cattle breeds and for good reason. The Holstein cow dominates the dairy industry in number and output across the globe, from Europe to China to America. Their long pedigree and specialized breeding make them a profitable investment for dairy farmers.Jerseys are known for the higher butter fat in their milk, so it usually has a slight yellow appearance to it. The high butterfat in Jersey milk is ideal for making cheese, butter and ice cream—those dairy foods that are richer in taste.

A Holstein’s milk has a lower fat content, so it is whiter. Holsteins are the biggest cows of the dairy breeds and Jerseys are the smallest. Holsteins can weigh more than 1,500 pounds, while Jerseys are around 1,200 pounds.The size isn’t the only physical difference between these two opposite breeds.

Holsteins have the black and white, or sometimes red and white, coat pattern. Each pattern is like a human fingerprint, so each Holstein cow has a pattern unique to only her! Jerseys are all brown. They can range from a brown so light, it’s almost white or grey to a dark fawn color. Sometimes the tips of their ears can be black. Jerseys always have a grey colored tongue and black hooves. These two breeds also have some unique characteristics in the shape of their heads. Holsteins have a traditional cow head, which is big and sweet. Jerseys have what is called a dish in their face: their forehead and nose make a slight v shape. This makes their eyes appear larger and more towards the outside of their heads.

What is the Weight of Dutch Friesian Cattle ? 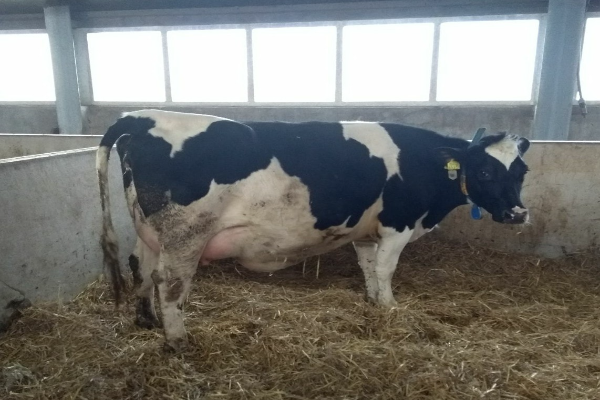 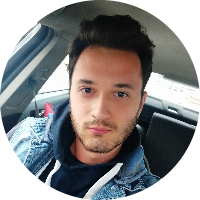