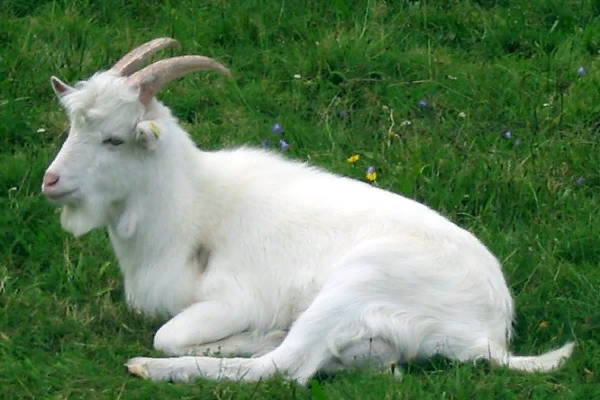 What Is The History Of Danish Landrace Goat Breed?

The Danish Landrace goat locally known as Dansk Landrace is one of the oldest goat breeds in Denmark. The first information about the breed dates back to 3400 BC. The Danish Landrace goat is a breed of domestic goat used mainly for milk production. But it is also raised for meat production and also as pets. The Danish Landrace is derived from goats that have been in Denmark since ancient times. At the beginning of the 20th century, some crossing with goats from the German Harz region and Saanen took place. The breed’s studbook was opened in 1982 named the Foreningen for Danske Landracegeder.

After the Second World War, the number of goats declined rapidly and a group of enthusiastic breeders collected some of the remaining animals. In successive years, due to the ineffective crossbreeding with Angora and Boer goats, its number declined again.

In the 1990s, only 17 males and 30 females were registered. Today, there are around 800 females and 100 males, but still, its risk of extinction is high. Danish Landrace is kept mostly in small herds for home consumption of milk, cheese, and meat and not for commercial purposes. 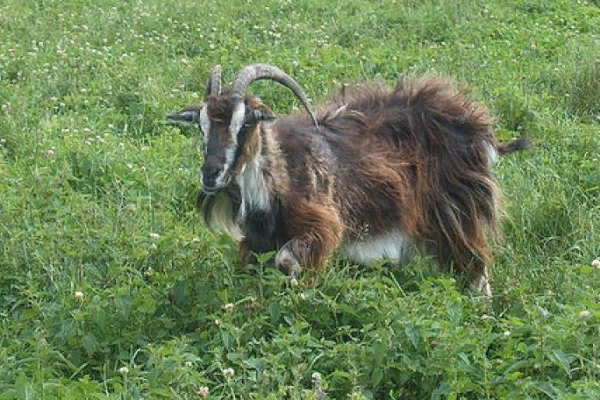 What Are The Characteristics Of Danish Landrace Goat Breed?

Danish Landrace goats are medium to large-sized goat breeds. Like many other goat breeds, the Danish Landrace bucks are larger and heavier than this does. At maturity, a male Danish Landrace Goat stands about 85 centimeters at the withers. Females are about ten centimeters shorter. Most animals are horned but polled individuals also exist. The hair of this breed is short too long, and the breed develops a thick hair coat during winter. This thick hair coat protects them well against cold weather.

The goats can come in many different colors such as brown, black, white, blue-grey, and other hues. There is also a hard variety, which has chamois coloration- brown with a black underside, legs, and black facial markings. Two bezoar varieties are also available. Danish Landrace bezoar goats have brown bodies with white undersides and white and black facial markings. The black bezoar is similar but has black coloration with white-only markings.

They are robust, fertile, goats that give good milk. Danish Landrace Goats are extremely hardy and can be kept even in very cold or humid climates. They are fairly undemanding. Generally, they remain out of doors all year round and feed on grazing alone. Danish Landrace goats are usually of good behavior and have a relatively calm temperament. They are said to be friendly and sociable animals. The does are excellent milk producers. On average they produce about 800 liters of milk annually. Their milk is believed to be especially tolerable to people with milk allergies, even children. Most of the Danish goat breeders keep them in small non-commercial herds for home consumption of milk.

What Is The Weight Of Danish Landrace Goat? 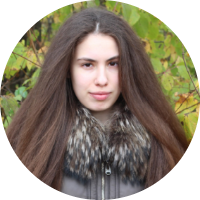