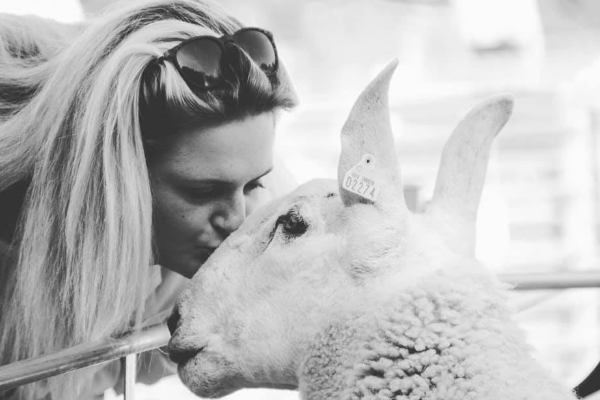 Frickley Flock Border Leicester's established in 2017, the Frickley Flock is a small pedigree Border Leicester based in the attractive town called Battle. The town gets it's name from the Battle of Hastings, which was fought between Harold the Saxon king and William the Conqueror in 1066.

Frickley Flock a small flock of Border Leicester sheep. The flock began with a day old lamb called HotPot, who lived in the house for his first three months. From Hotpot, the flock has grew since then. 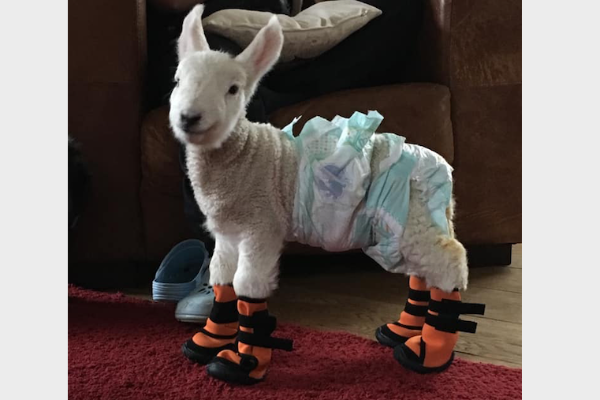 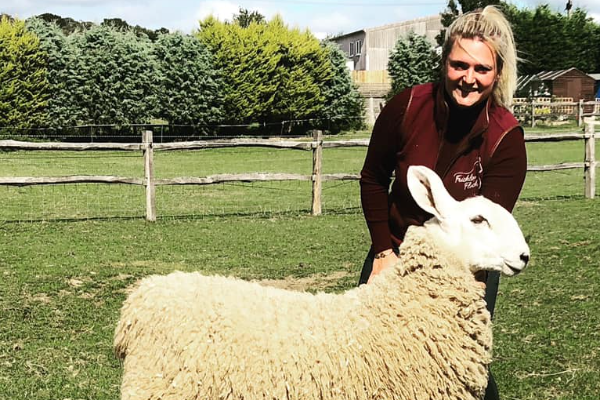 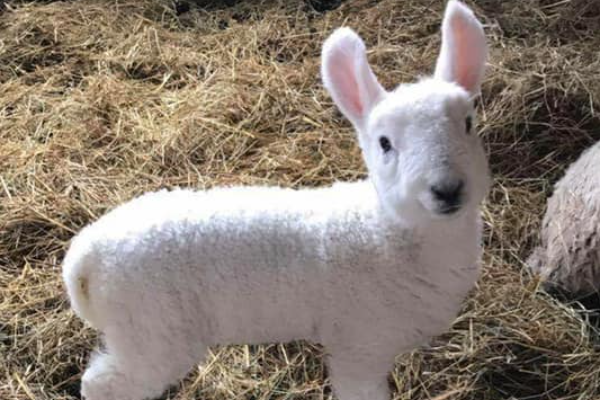 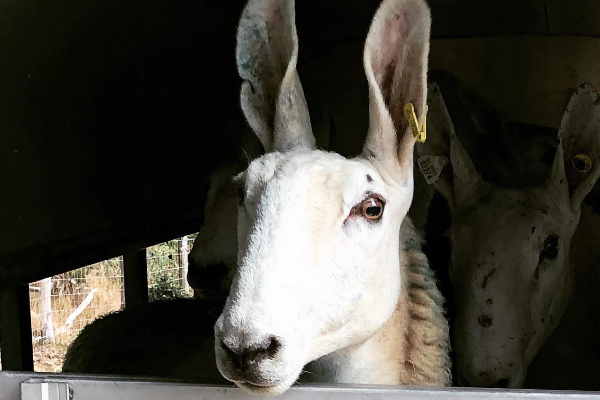 We are a member of the Society of Border Leicester Sheep Breeders and our flock compete at shows around the South East of England.

Frickley Flock Border Leicester's picked up some great awards, including Wool on the Hoof Champion at the Findon Sheep fair. 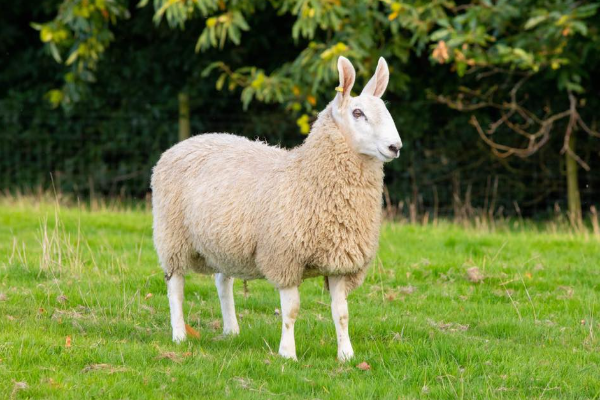 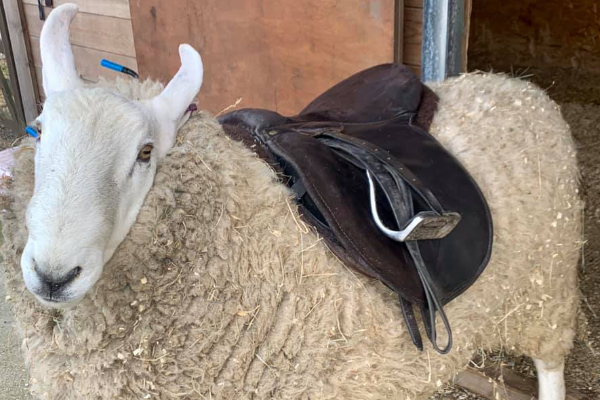 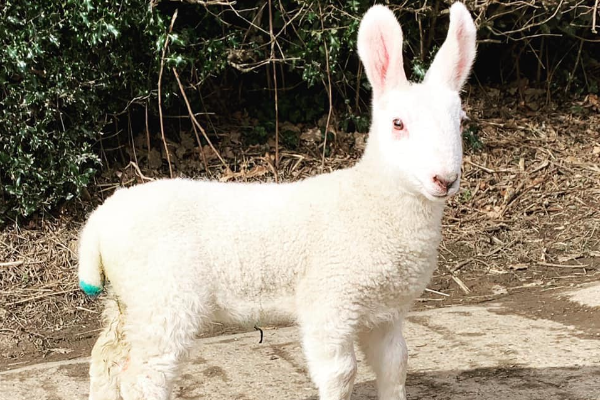 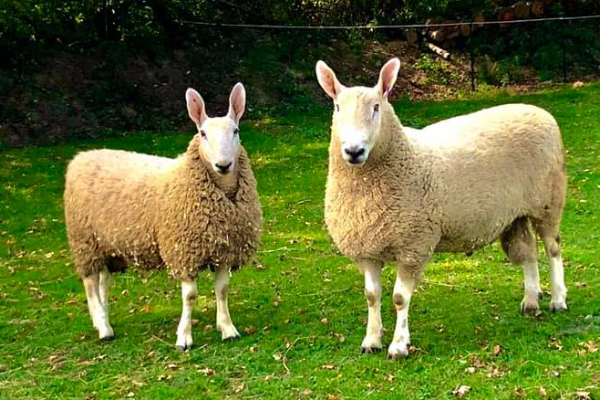 Border Leicester is one of the most eye catching of the British sheep breeds. With their large size, aquiline noses and unusual erect ears, Border Leicester stand out in both the field and the show ring.

Border Leicester have a strong set, meaty build, with long, study legs. Their legs, face and ears are wool-free, with dense, short white hair instead. Both Border Leicester ewes and rams are naturally polled, a average ewe weighs 80-100 kg, and the rams more. Lambing percentage is 180%. 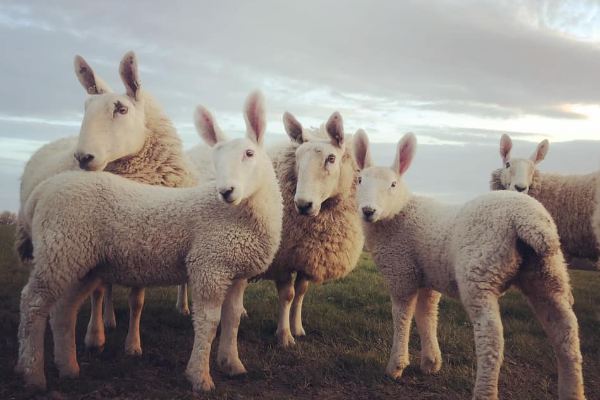 Border Leicester are friendly, calm, very tame if regularly handled, and will even follow you around in the field.

The chief value of the Border Leicester is for crossbreeding with other types of sheep to produce commercial sheep. The Border Leicester being a thickly fleshed and easily fattened animal, transmits these desirable qualities to its progeny, which, in the case of the hill sheep matings, produces an animal with mutton of better quality than that of its sire and in greater quantity than that of its dam. Although it ranks among the largest of the longwool breeds, the Border Leicester, by reason of its comparatively small head and fine bone, may be safely crossed with the small mountain ewes without causing lambing troubles. 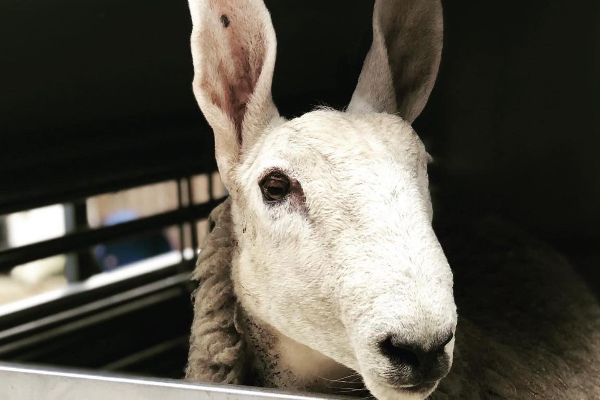 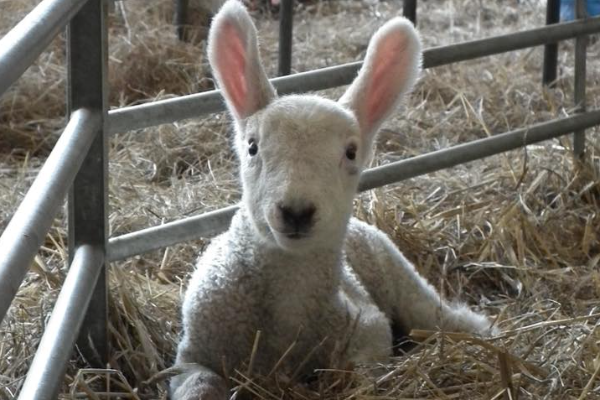 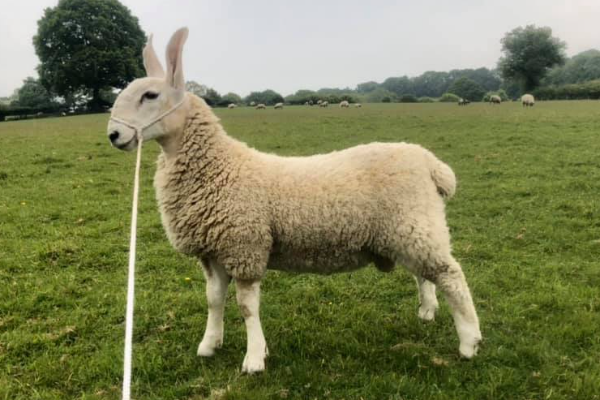 Border Leicester wool has a staple eight to nine inches in length with five to seven crimps to the inch, bold stapled and ranking as a "First Demi Lustre." The spinning quality is 44/46 and the wool is used for fine serges, coatings and dress fabrics.

Border Leicester ewes average about 5 kg of fleece a year, while the rams give 7-8 kg or more. 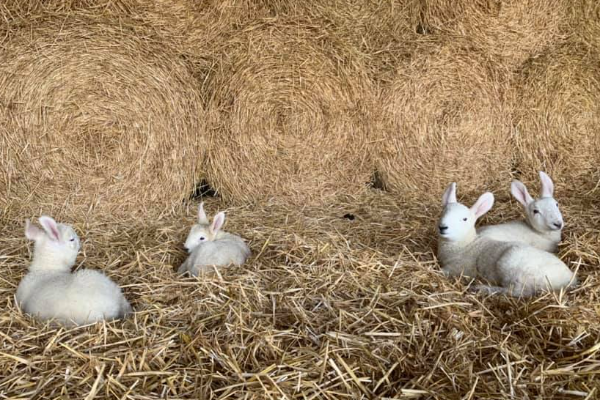 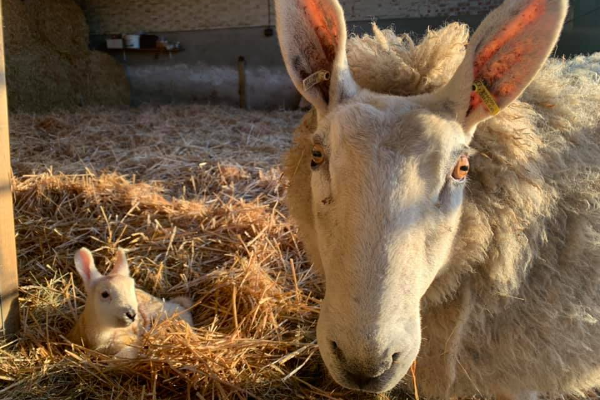 They are a perfect breed of sheep for people who are looking for something that is interesting, but easy to keep.

Ram lambs and shearling rams will be available for sale, for more information please get in touch. 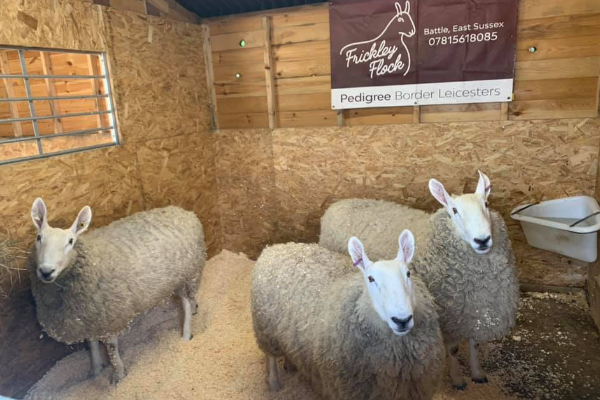 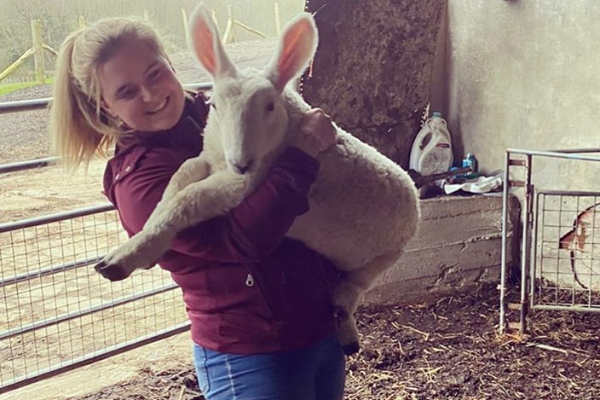 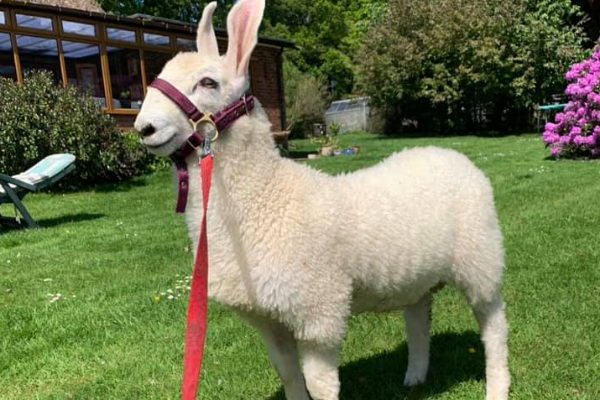 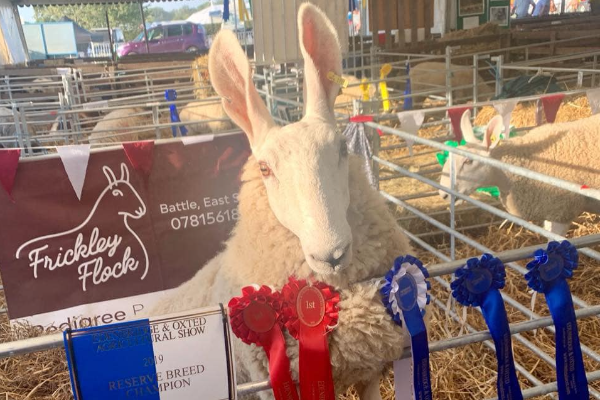 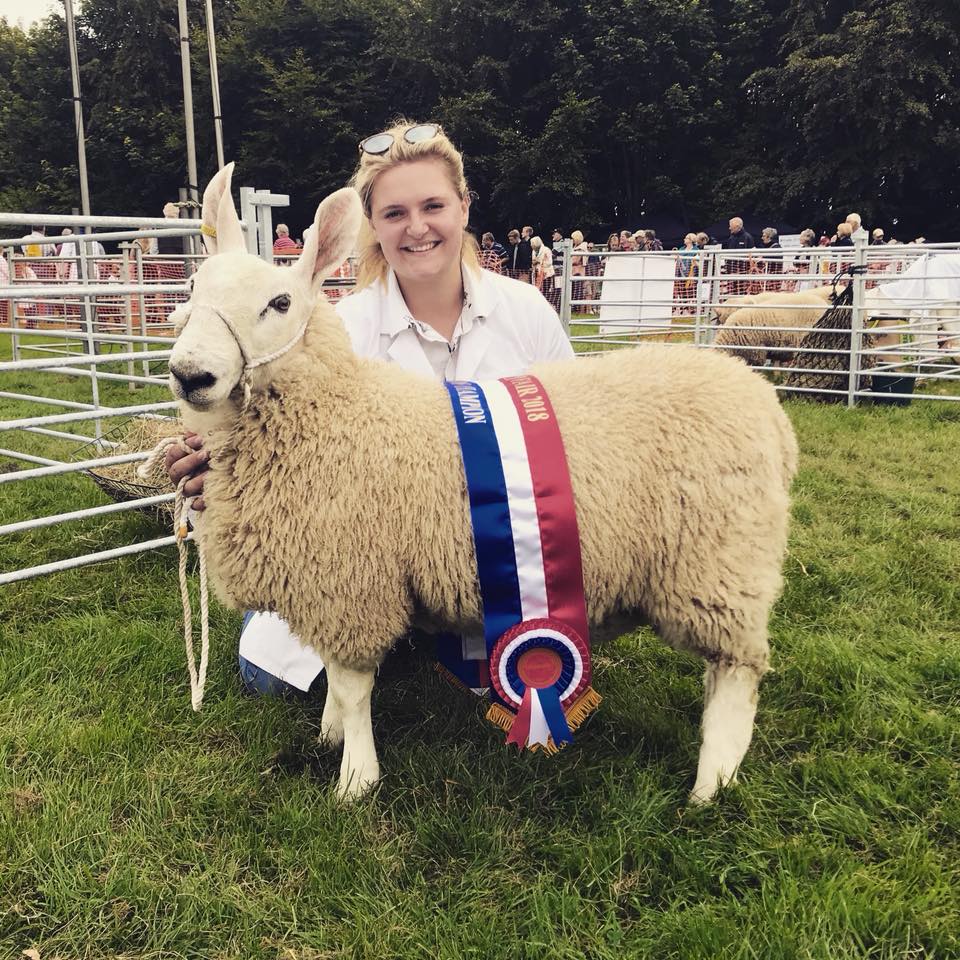