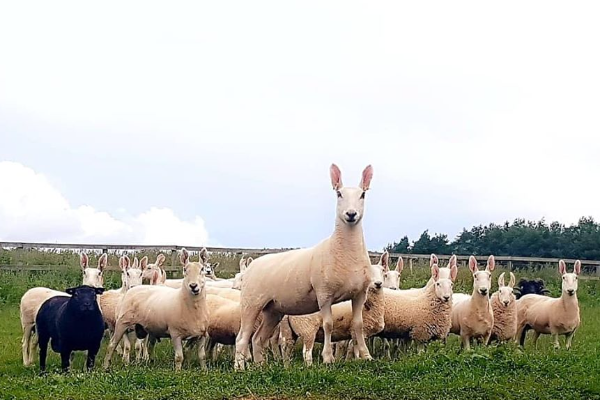 What is the history of Border Leicester Sheep?

The Border Leicester was developed in 1767 in Northumberland, England. Their name derives from the fact that their birthplace is near the border of Scotland with their foundation stock being Dishley Leicester rams.

Made famous by the renowned British livestock breeder Robert Bakewell (1726-1795). It was Bakewell who challenged the then common practice of slaughtering the early maturing stock and then keeping the slower maturing ones to breed from.

Bakewell put his theory to the test with the results having a profound impact on livestock breeding and on the economy through increases in production. His fame and prestige as an innovative breeder of livestock soon spread and Dishley saw many enthusiastic breeders visiting to learn of this new way of breeding stock.

Among Bakewell’s visitors in 1767 were Matthew and George Cully of Northumberland who took back north with them some of the Dishley Leicesters. Their example was soon followed by several leading farmers on both sides of the border.

After Bakewell’s death in 1795 some of his neighbours formed the Bakewell club. This was done with the object of maintaining the purity of the Dishley sheep.

While many flocks of the new Dishley Leicesters were now established in Northumberland and the South-Eastern Counties of Scotland, breeders still regularly went south to buy rams. This practice continued until about 1830, it was at this time the northern sheep were starting to evolve into the sheep we know today.

By the 1850s the practice of using southern rams had all but stopped. The northern type had now become longer in the body, better sprung in the rib, more developed in the brisket and with a much more graceful set of the head and neck. As these changes in type became more apparent there was much discussion on what was the true Bakewell Leicester.

What are the characteristics of Border Leicester Sheep? 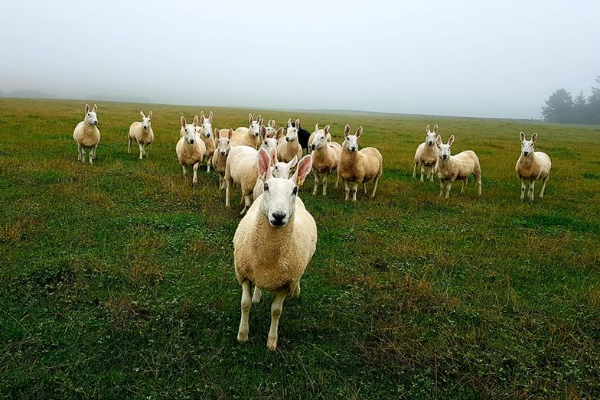 Border Leicester rams are used for mating with Merino ewes to breed the first-cross mothers that are so valuable for the production of prime lambs.

Head: Medium size, smooth crown, medium width in forehead, and even down the face to slightly Roman nose, deep through from eye. Line of bottom law to correspond in arch shape with Roman nose. Free from wool and well covered with white soft hair, occasionally a black spot will appear, brown spots undesirable.

Eyes: Full and prominent, but mild and placid, with a quiet gentle expression.

Neck: Medium length, tapering nicely from the head and strongly set in at shoulders.

Shoulders: Wide, level with back, with plenty of heart room, no depression behind blades

Back: Straight, good length, broad with wide flat loin, evenly covered with flesh that is firm to touch.

Skin: Pink and mellow to touch.

Fleece: The fleece should be uniform, 34-38 micron quality and evenly covered with a soft handling lustrous wool, good length of staple with a bold, broad lock, crimp well defined, carrying out well from skin to tip, dense on the skin and should fill the hand well having a weighty feel, free from wastiness or fribbyness on belly line and extremities, with no kemp or coarse fibres running through the fleece.

The whole body including brisket, belly, purse and neck should be well covered, in the case of rams the fleece to be slightly stronger. Ewe fleeces average about 6.4kg and the ram about 8.6kg. It is a early maturing breed which fattens fairly quickly.

Carriage: Evenly and symmetrically balanced at every point, it should be free and noble in appearance, head carried boldly and alert showing character.

What is the weight of mature Border Leicester Sheep? 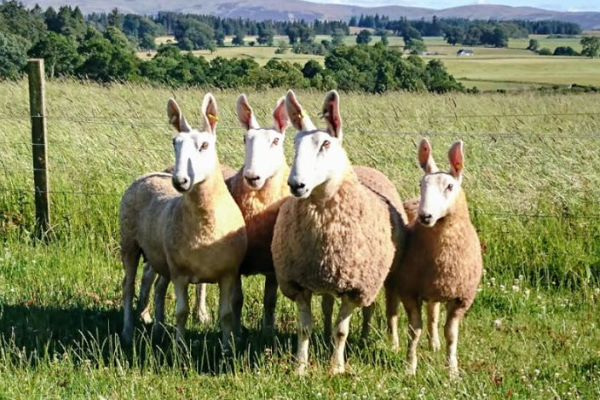 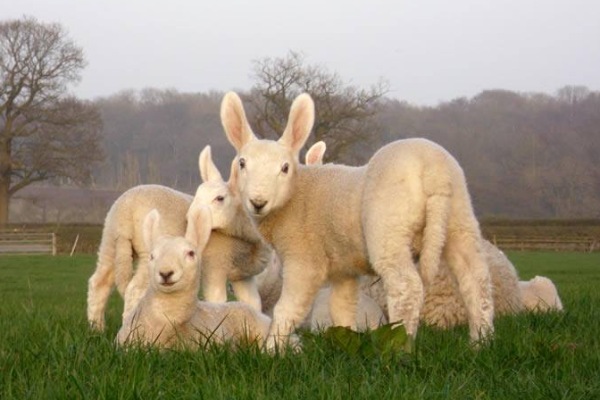