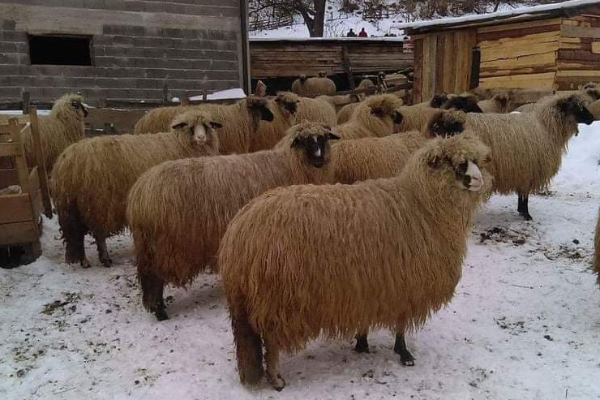 The Dubska Pramenka belongs to the indigenous sheep of Bosnia and Herzegovina. The Dubska Pramenka originated in the village of Dub, the Travnik Municipality, Bosnia and Herzegovina. During the summer, the sheep live and graze on the mountain pastures of Vlašić. This is the reason why there are three names for this Pramenka strain in the old and new professional and scientific literature: Dubska, Travnička and Vlašićka.

Bosnia and Herzegovina has always had a developed sheep production, at least from the aspect of the number of sheep per capita. Today, the ratio is 1 sheep per 4 persons, because the cattle production, globally looking, is decimated by war.

All three names refer to the same strain of sheep, which is characterized by specific morphometric and production characteristics. The Dubska Pramenka sheep inhabits the following municipalities in the vicinity of Vlašić: Teslić, Kotor Varoš, Kneževo, Travnik and Zenica. A wider area inhabited by this sheep strain extends from Serbia, through Bosnia and Herzegovina, to Croatia. The type of sheep production has been nomadic and it has remained in the narrow area of Dubska Pramenka breeding.

In the former Yugoslavia, the sheep were moved from Vlašić to lowland areas (Vojvodina, Posavina and Slavonia) at the end of autumn and returned to Vlašić in late winter and early spring. The purpose of this type of sheep production was to reduce the investments in feed and accommodation, and to obtain maximum benefits. Displacements of people and animals occurred during the war in the former Yugoslavia. According to the estimates at the time of the war, around 10,000 sheep of the Dubska Pramenka strain went to Croatia. 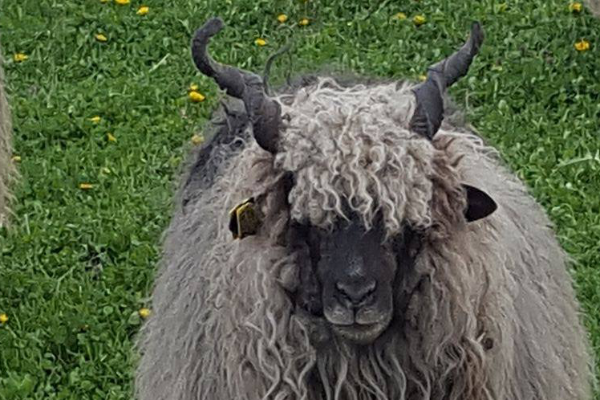 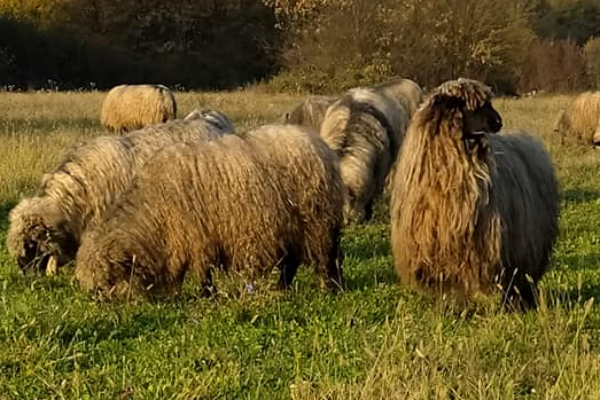 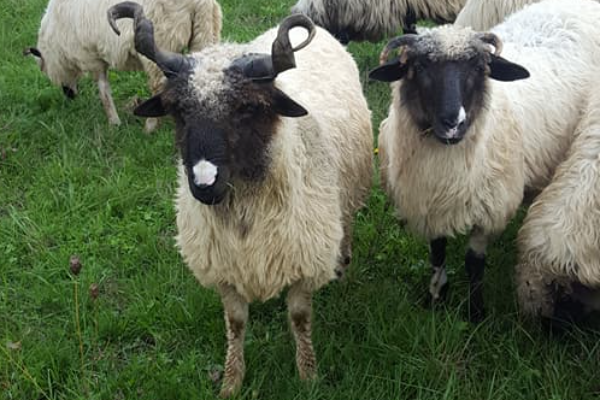 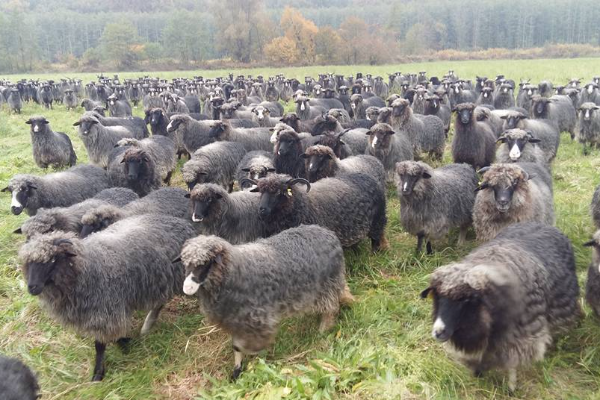 According to the wool quality, the Dubska Pramenka is classified as a sheep with rough fleece. On the basis of the purpose of production, it is classified as a three-purpose sheep: for milk, meat and wool. This sheep exerts excellent resistance and adaptability to existing living conditions, as well as the ability to walk long distances.

In Bosnia and Herzegovina, the share of domestic Pramenka in sheep breeding is 90%; it is bred in the extensive system which were raised on poor-quality pastures and poor-quality hay in the winter exhibited moderate morphometric characteristics compared to those raised on higher-quality nutrition. During the summer, the sheep lived and grazed on relatively good-quality pastures of Vlašić. In the winter, the sheep were moved from Vlašić to the lowland areas of the northern part of Bosnia and Herzegovina.

It should be emphasised that the domestic Pramenka breed, in struggles to sustain itself, managed to keep its reproductive capacity relatively well, because under certain conditions it is possible to get 100 lambs from 100 sheep on a regular basis.

Most sheep are shot, while rams are usually horned. The head may be completely black or white with more or less black pigmented sides of the face from the tip of the nose to the eyes. A white band in the form of a spot extends along the forehead and nasal part to the nostrils and the tip of the upper lip. In some throats the head is completely black.

Fleece weights average 1.4 kg. The color of the fleece is usually white, although in some strains it can be dark or even black. The birth weight of lambs is between 2 and 4 kg, which depends on the breed and the level of nutrition of the mother. Lambs are resistant and mortality is low. 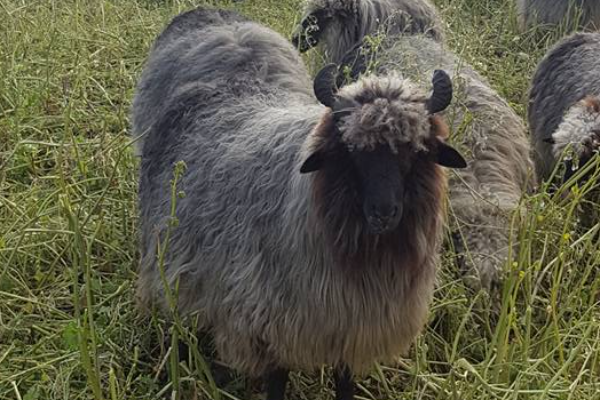 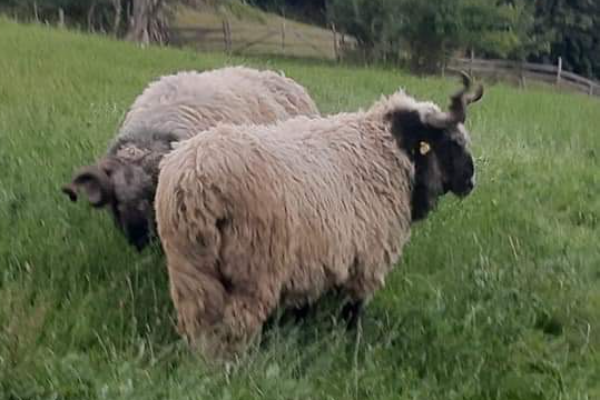 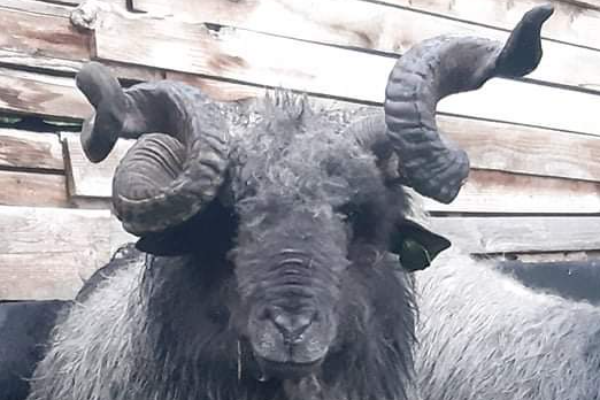 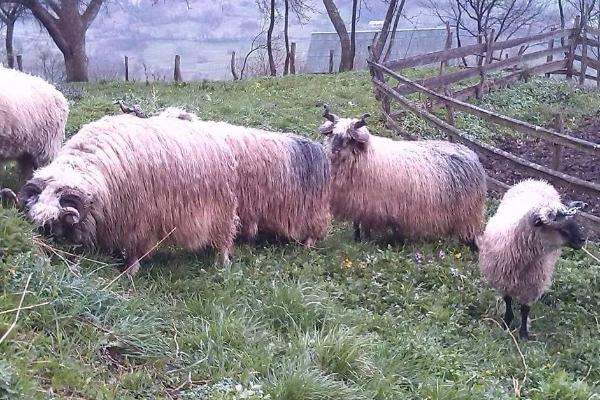 Sheep is a short-day animal, which means that oestrus occurs naturally in late autumn, when the number of daylight hours during the day is reduced. Sexual cycle lasts between 16 and 17 days. The signs of oestrus include mating readiness, growth and rupture of ovary follicles (ovulation), excretion of cervical secretion, hyperaemia and perfusion of the vaginal mucosa, redness and swelling of the vulva. Potential reproductive capacities of the Pramenka sheep are significantly higher under favourable feeding and holding conditions; it is not mono-seasonal animal, which is proven by off-season responsiveness of its ovaries and possibility to induce oestrus, fertility in the off-season phase. It should be underlined that success in inducing off-season oestrus and fertility is largely dependent on resolving the feeding problem.

Pramenka breed boasts a robust body constitution with a strong and well-proportioned body. The Dubska Pramenka sheep was crossbred with French Merinos d’Arles breed and later with the German merino-landschaf breed (Württemberg sheep) fine-wooled types of sheep in the middle of the last century. Furthermore, the breed was also crossbred with some breeds developed for meat production.

What Is The Weight Of A Mature Dubska Pramenka Sheep? 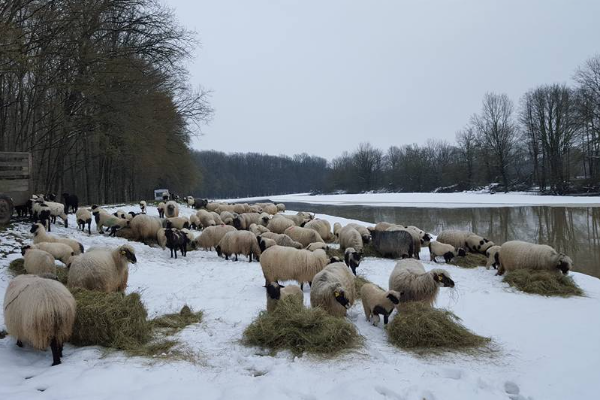