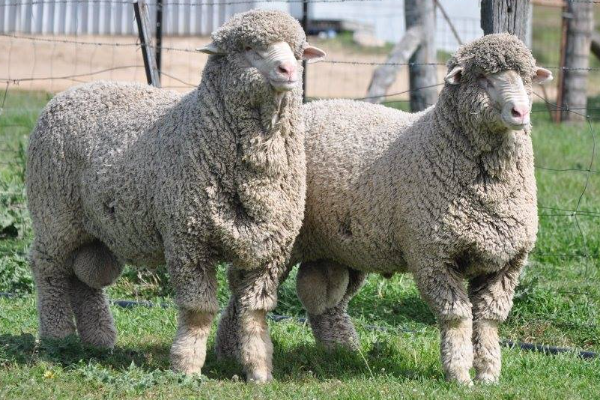 What is the history of Merino Sheep?

The Merino breed has often been described as "the Royal Family of the Sheep World" and this title was never more applicable than in the case of the present day Merino a sheep which, in addition to producing the world's most valuable wool is so staunchly constitutioned that it will thrive under a wide range of conditions and has survived droughts in which the hardy native animals perished in thousands.

There is much that is not known and probably never will be known concerning the origin of the Merino. Spain was the original home of the breed but although the Romans were eulogizing the fine wools of Spam long before the birth of Christ, it is generally believed that the sheep which produced that wool were not Merinos but a breed which grew a long, plain stapled wool of a reddish brown colour. Even the origin of the name "Merino" has long been a source of conjecture, and many different explanations have been given for its adoption.

One is that the name was originally "Marina" signifying that the breed came from across the sea. Another is that it came from the Spanish term for "wandering"; or from the Latin "majorinus" signifying a head-man, or a judge or governor.

The most feasible explanation is the one now most popularly accepted that the name came from the Beni Merin, the Moroccan tribes men who, during the Moorish invasion of Spain in the 12th Century, moved to Spain in large numbers taking their sheep flocks and horses with them.

The term "Merino" appears but rarely in the Spanish archives prior to 1600 A.D. and does not seem to have come into general use until nearly two centuries later. It was during the Moorish rule that Spanish sheep husbandry reached its highest peak, for the Moors had long been famed as stock-breeders. Following upon the expulsion of the Moors to the 15th Century there appears to have been a gradual falling off in the quality of the Spanish sheep and wool although for many years they maintained their reputation as the world's best.

For centuries, Spain's virtual monopoly of the fine wool trade was closely guarded and laws were passed making the exportation of Merino sheep an offence punishable by death.

Up to the 18th Century the Merino flocks were the property of the Crown, certain religious orders, and a few wealthy grandees who together formed a powerful and unscrupulous federation privileged to travel their vast "cabanas" or flocks to the mountains for summer grazing and back to winter on the plains.

The "Council of the Mesta," as the sheep- owners' committee was called, practically made its own laws and there was no re- dress for the unfortunate villagers whose commonage and crops were eaten out by the traveling hordes.

The Merinos of those days differed greatly from the big framed robust sheep which have made world famous. They were light cutting, sparsely wooled animals with small framed, active bodies ideally fitted for the rigours of the almost continuous traveling.

Some of the outstanding cabanas were the Escurial owned by the King of Spain, the Negretti and the Infantado named after their aristocratic owners, and the Paular which belonged to the Carthusian monks. Sheep from these ancient Spanish flocks provided foundation stock for most of today's leading Merino studs in many parts of the world. 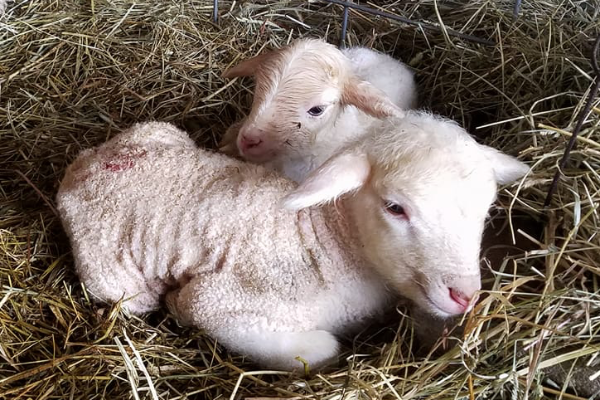 The first recorded importations of Merinos into England were made during the reign of George III. Despite the ban on exports, it would appear that a few were smuggled out through Portugal and shipped to England late in the 18th Century.

Later, through the efforts of Sir Joseph Banks, some Negretti rams and ewes were obtained by more orthodox means and then when the Spanish insurrectionary forces became Britain's allies against Napoleon, many very large shipments were made.

A number of Merino flocks existed in England until fairly late in the 19th Century, but the cessation of the Napoleonic wars made it possible to import fine wools cheaply from abroad, and concurrently, the growing industrialisation of Great Britain switched the demands from wool to meat for which the British breeds were much better suited.

France probably smuggled in a few Merinos quite early in the 18th Century and in 1723 a breeding flock was sent to Sweden.

In 1765 the Elector of Hanover, a cousin of the King of Spain, obtained a draft of 82 rams and 198 ewes from some of Spain's finest flocks and a similar consignment was sent to Saxony in 1778.

Prussia, Austria and France also obtained breeding flocks from Spain, and Louis XVI of France established a Royal stud at Rambouillet which has given its name to a well known Merino strain.

Napoleon's invasion of Spain in 1809 hastened the dispersal of the Spanish flocks. Many thousands of Merinos were driven across the Pyrenees into France by the victorious French armies and large numbers were butchered to feed the invaders. A number of the sheep owning Spanish grandees joined the French, and the revolutionary Government which was badly in need of money promptly seized their flocks and sold them to the highest bidders.

William Jarvis, the Americal Consul at Lisbon took full advantage of this unique opportunity and vast numbers of Merinos from the best Spanish flocks were shipped across the Atlantic. These were not the first Merinos to reach North America, for small drafts had been smuggled out at various times through Portugal but the purchases arranged by Jarvis meant that America had what was probably the largest group of purely Spanish Merinos in the world. 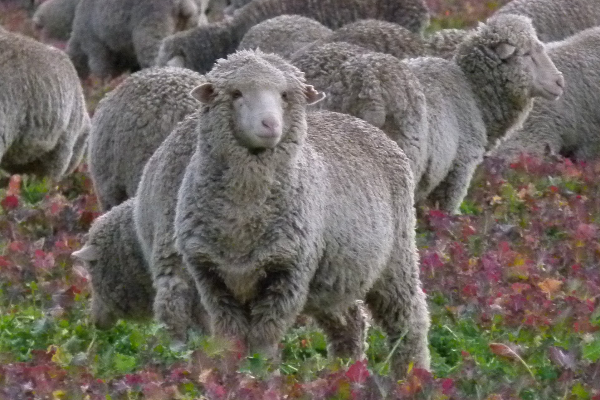 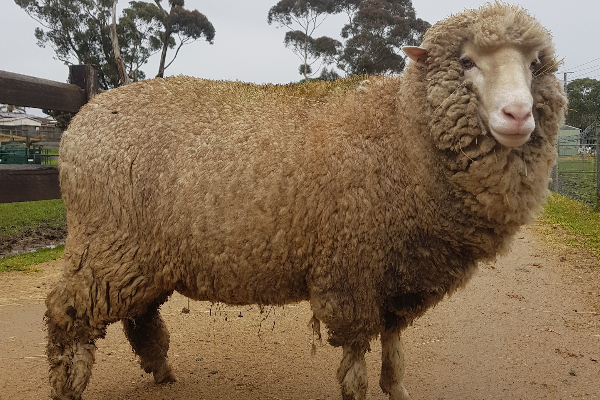 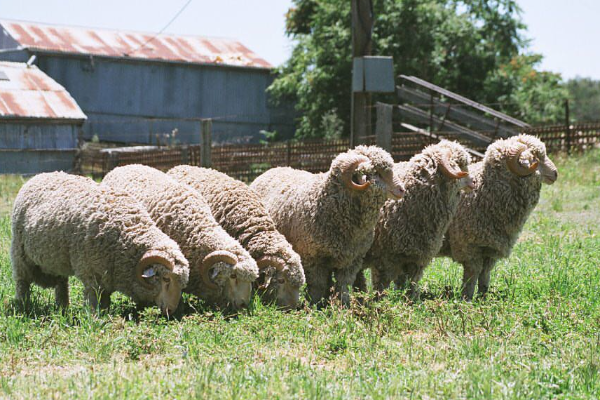 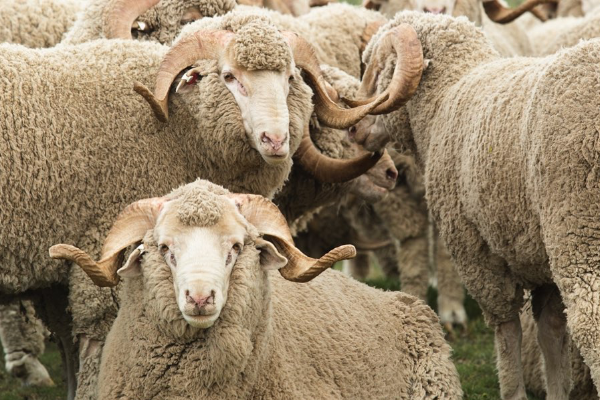 Russia and South Africa were among other countries which introduced Merinos about this time and this widespread dispersal marked the end of Spain's supremacy in the wool world a supremacy which she never showed signs of regaining.

According to old letters, there was a a Merino ram among the 44 sheep landed in Australia from the First Fleet in 1788, but as all but one of these sheep were soon reported to have died from sickness and the attacks of dingoes, it is unlikely that Australia's first Merino survived more than a few weeks.

The first sheep flocks of the pioneer settlers were the hairy fat tailed sheep from the Cape and the long legged, flop eared Indian breeds, most of which resembled goats rather than sheep.

The introduction of the Merino to Australia came about more or less by accident. In 1797 Captain Waterhouse of H.M.S. "Reliance" and Captain Kent of H.M.S. "Supply" were sent to the Cape of Good Hope to purchase livestock for the colony in New South Wales. The widow of Col. Gordon, the former commander of the Dutch garrison at Cape Town had some Spanish Merino sheep, 26 of which were purchased privately by Waterhouse and Kent for £3 a head, each taking 13 sheep. All but one of Kent's sheep are reported to have died on the voyage to Australia but Waterhouse appears to have landed most of his consignment and distributed some among other settlers, retaining the nucleus of a small flock for himself. Among those who obtained some of Waterhouse's importations or their progeny were Captain John Macarthur and the Reverend Samuel Marsden, both of whom played prominent roles in establishing the Merino in Australia. Macarthur had already tried to improve the wool of the Cape and Indian sheep by mating them to a rough wooled Irish ram and he made the most of the opportunity of further improvement with the Merinos.

At a sale of Merinos from the Royal flock of King George III held at Kew in 1804, Macarthur purchased seven rams and a ewe. Two rams failed to survive the voyage to Australia but the remainder were landed safely in June, 1805.

Marsden received five rams as a gift from King George m in 1808, and although the current demand in the new colony was mainly for sheep to provide meat, a small group of breeders were far sighted enough to concentrate upon fine wool production.

They encountered many difficulties, for Australia had very few Merinos to grade up to original flocks, but their tenacity commenced to pay dividends quite early in the 19th Century when "Botany wool" achieved a reputation on the English sale floors.

With settlement spreading westward following the discovery of a pass over the Blue Mountains in 1813, Australia's sheep flocks increased rapidly and heavy importations of Merinos from famous German studs took place throughout the 19th Century.

What are the characteristics of Merino Sheep? 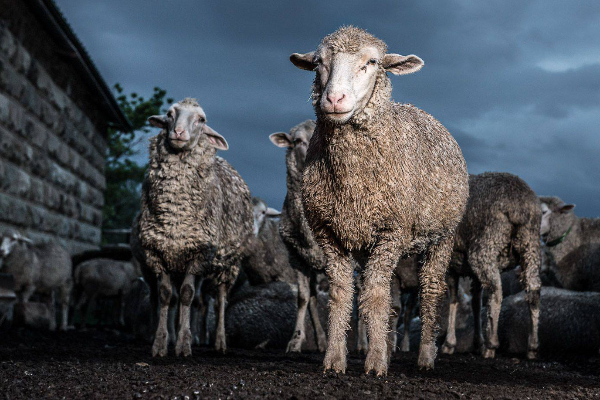 What is the weight of mature Merino Sheep? 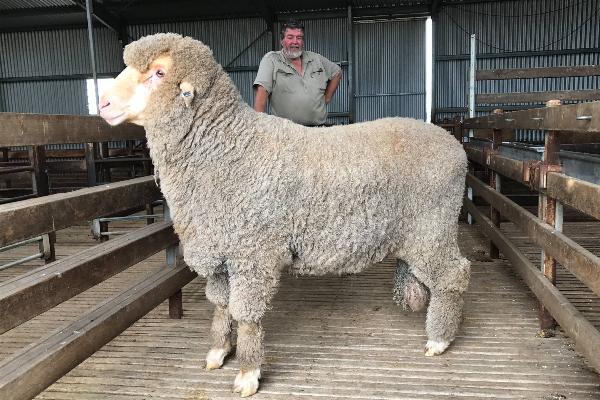